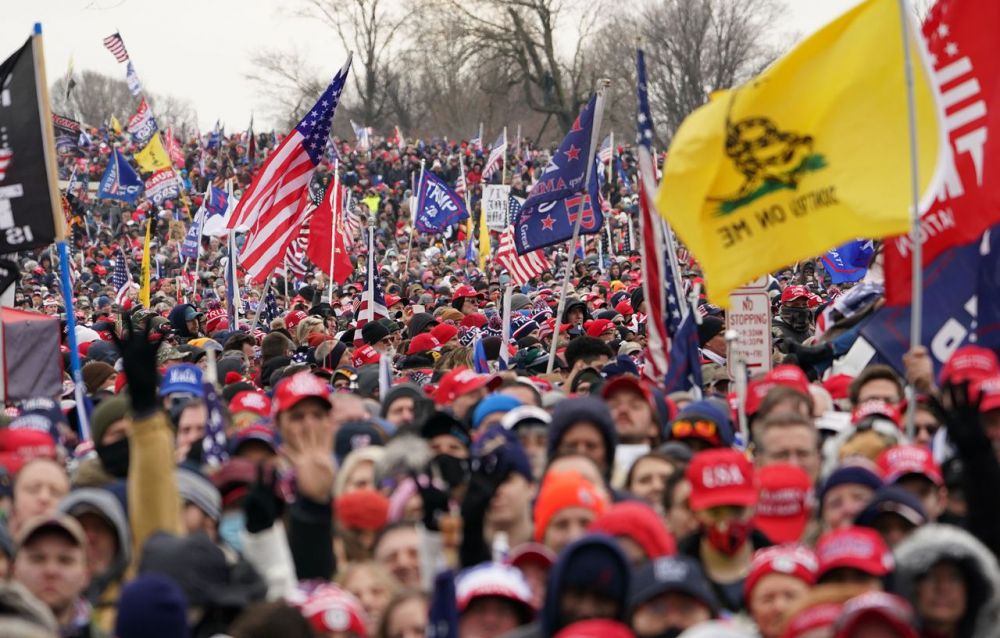 Trump's mob, or the members of a rotten body politic, aroused and emboldened by flags.

2 thoughts on “Patriot: has it come down to this?”