Helping a friend, who had a bad traffic accident a few months ago, wire his deck. He promised to be my assistant, sitting in his wheelchair, and I could do the work.

Turns out he’s quite the tyrant, even in his sedentary position. While I clamber from one ladder to another, putting up PVC conduit and pulling wire, he tells me just what to do. Make that quite the martinet. Without barking, he barks out orders: do this, do that, do the other, as if I have no idea what I’m doing.

(Well, I’ve been doing this sort of basic electrical for years without having much idea what I’m doing. But have yet to shock or kill anyone. And have saved a lot of money, and learned a bit, by not calling in an electrician.) 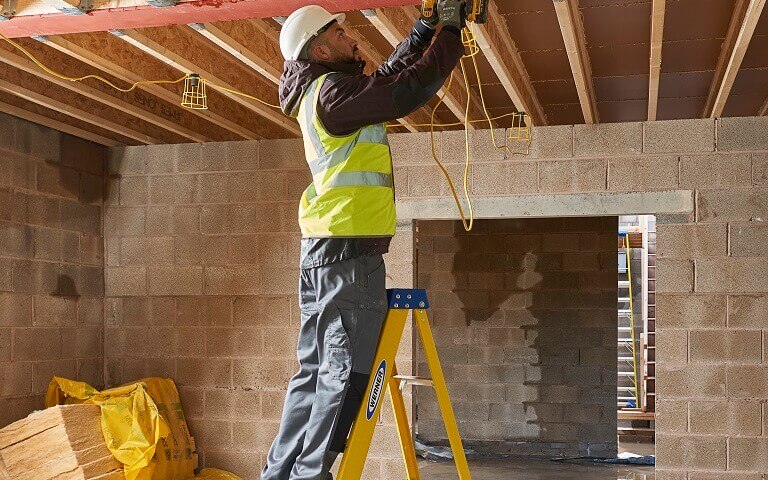 When I show a bit of impatience with my friend, he tells me a story about how he had a plumber in a few years ago. Evidently he hovered over the guy and told him just what to do, or suggested how he do it, till finally the plumber stood up, clearly peeved, and said, “Look, I’m a master plumber. If you want to tell someone what to do, why don’t you hire a $5 an hour handyman?”

My rates, for this special friend, are $0 an hour, but they do not include, I suggested to him, too much verbal abuse. I know how to make the basic connections: white to white, black to black, ground to the green screw; in-wall box, box extension, cover; PVC connector, conduit, glue, straps, and like that.

(I should admit that the friend is aching to get back to physical connections. He’s a great putterer in his big garage, where he works on several old sports cars at a time; where he invents parts if he doesn’t have ’em; where his restless hands get a full work-out. And he’s aching too to get back to walking, hiking, and biking.)

In the end, basic electricity is not rocket science, nor is basic friendship. One connection is made, and then another. Disruptions occur, ground faults, shorts. But the friendship survives because of shared feeling and interests. In the case of my injured friend, these interests include hiking, biking, joking, laughing, and drinking dark beer, if not artistic matters (he worked in a technical field). I brush off his bossiness and go on with the work. He can’t rise from the chair or rise to the occasion, so I must. I ascend the ladder, I screw in a box, I twist in a length of conduit and screw in a few straps. The air is cleaner up here, could be, and the higher I ascend the purer it becomes. All of this is helped by my hearing difficulties. The higher this old guy goes, the more serene it becomes.

Say what, earthling? I don’t care. Way up in the air I am now making angelic connections.

5 thoughts on “Connections, electrical and other”